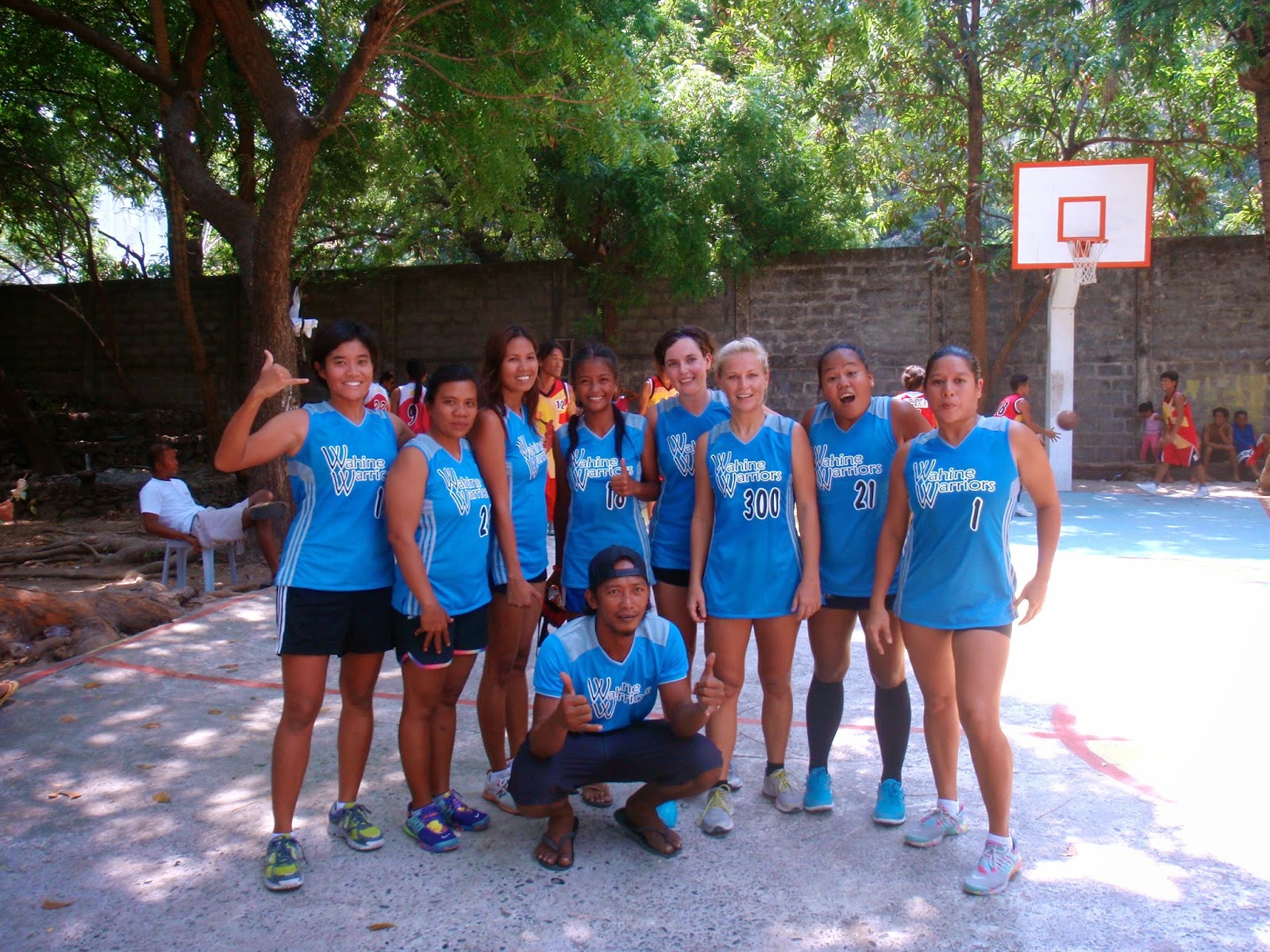 Basketball is a hugely popular past time in the Philippines. I've been in San Juan a few times now to see the annual surfer basketball league. But this year was a bit different. This year there was a wahine (womens) league and I got to be one of four "foreign imports".

The Wahine Basketball League was the brainchild of the ever fearless Mickey Galang, past president of the San Juan La Union Surf Club and all around badass. If you want something done Mickey is the girl you need to see!

Our league was split into two teams with around 10 girls on each team. We had our own coaches, official practice times and new uniforms. Originally, we were meant to be a sort of half time entertainment during the guy's finals. However,  what started out as a short exhibition game quickly turned into a 3 game showdown. Now here's the thing, most of us had never played basketball before or not in the last 10-15 years. We ranged in age from 13 to over 30 and what we lacked in skill we made up for in determination. Under the guidance of our coaches Tisoy (for the Wahine Warriors) and Boshong (for the Sexy Sliders) we learned some basic skills and strategy and had a pretty closely (and intensely!) fought playoffs.

I have never had such a good time learning a new sport! I had forgot how satisfying it is to learn something new, to work as a team for a common goal, and cheer on the improvements of your teammates. But what I loved even more was being a part of something different and ground breaking in this community that I love. While these ladies are all kick ass surfers in their own rights, a lot of them are also mothers (quite a few of them with very young adorable babies who joined us for practices).  We got laughed at (silly girls trying to play basketball) and had to fight for court time (often kicking the younger boys off the court so we could play or sometimes challenging them to pick up games to practice our skills). I loved the way the little girls looked up to us and hope that as they grow older they will also have the same opportunity to play on an all girls team. I hope the Wahine Basketball League continues to be a yearly event in San Juan proving that girls have a spot both in the line up AND on the court.


Big thanks to my Mom for the photos. Thanks for being there and being our biggest fan, even if you were cheering for both teams! Also thank you to Little Surfmaid for letting us use their basketball court and being the home of this great community event every year!
Posted by Unknown at Thursday, October 23, 2014