Thats going to leave a mark

There is no doubt living and working in Asia has changed my perspective, I have memories and lessons learned that will stay with me for the rest of my life.

However, Asia has also left another more "physical" shall we say mark on me. My friends and family have often remarked that I'm just not built for the lifestyle that I have chosen. And its true if there is an insect that bites, guaranteed it will bite me, if there is a cold to be caught, I will undoubtedly catch it. I think I'm coming away from this year rather unscathed (no malaria or dengue!) but I thought I'd share with you some of my less found medical memories from this last year. 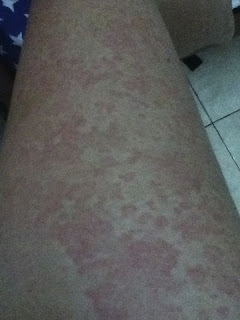 Back in April I got this mysterious rash all over my body. The mysterious part was that it would appear for a few hours than disappear completely. This continued for well over a week. Of course everytime I went to get a medical opinion the rash would be "shy" and disappear. I never did find out what caused it. Thankfully no permanent scars from this one! 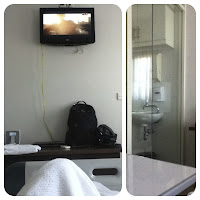 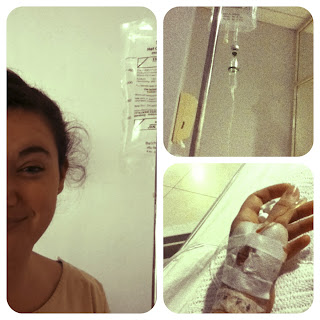 In April, alongside the mysterious rash I was also quite ill (fainting, no energy, pain all over my body, headache etc...) I got flown to Bali for further testing. Again the doctors weren't able to find out what was making me feel so ill (best guess was a viral infection). During this whole ordeal I had to stay in the hospital for two days for some of the most intense medical I have ever undergone (CT scans, lumbar puncture!). The bonus was that I got to stay in a private aircon hospital room, though I was so drugged up for most of it that I can't say I really enjoyed it. Again thankfully no marks from this one


After returning from the Philippines in June I cam back with some rather unwanted souvenirs. Unknown to me at the time I had been biten by sand fleas on the beach and the bites had become severely infected. I have since learned that this is a common condition in tropical countries.

Once bitten by sand flys (or sand fleas, no-see-ums or in the Philippines commonly called nic-nics), the next day the bites will become extremely itchy. If you are bitten, serious lesions can develop in only a few days. This is called Cutaneous Leishmaniasis. These are the skin sores resulting from a tropical infection by parasitic protozoa of the genus Leishmania, which are spread by the (female) sand fly. The sores are sometimes mistakenly called tropical ulcers, but any bite can develop into that in the tropics.

What should you do?

If treated early enough, the bites should not develop beyond being just itchy insect bites.


Sand fly bites may develop into Cutaneous Leishmaniasis. If this happens, the best option for treatment is Amoxicillin. Again lessons learned after the fact but Amoxicillin is readily available at most pharmacies and even a number of sari-sari stores near beach areas. It is best to buy the capsules. The amoxicillin powder in the capsule is sprinkled onto the bite (not swallowed!). The tablet can also be used but needs to be ground up first. The advantage of amoxicillin powder is that it dries up the sore and becomes part of the scab – this is a real advantage in the tropics where the humidity is very high.

If no scab has formed yet, clean the area with alcohol or a betadine solution and apply some Amoxicillin powder or antibacterial ointment. Keep this up for a few days. I always cover the bite with an adhesive bandage and some gauze so that I don’t scratch the itch in my sleep.


If a scab has already formed, do the following. Mix hydrogen peroxide with betadine 50/50 - using a ball of cotton wool, dab the wound with this mix. It will dissolve the scabs and reveal what's underneath. Once the wound is open and clean, apply Amoxicillin powder or antibacterial ointment. Cover with a patch of open weave gauze and tape into place. Repeat this process twice a day or more until the wounds are no longer infected and starting to heal. Repeat treatment immediately after your shower. This can take one week to 10 days +, depending on severity. If the bites are seriously infected, you may need to take a full course of oral antibiotics – see a doctor about this.


I originally thought I just had regular old mosquito bites that had gotten infected and so didn't seek treatment right away and instead stuck with my normal treatment of antihistamine thinking the bites would go down. A week later upon returning to Indonesia I could barely walk and I now have a pretty scar on my ankle from one of the bites.