Where in the World Are You Now?

I’ve been getting a lot of questions lately regarding where exactly I am. Which is understandable. 5 months ago I had never heard of Ende or Flores Island or ever even dreamed of going there. So for those planning to visit (highly encouraged!) or those of you who are just curious here it is:
My current location: Ende, Flores, Nusa Tenggara Timur, Indonesia 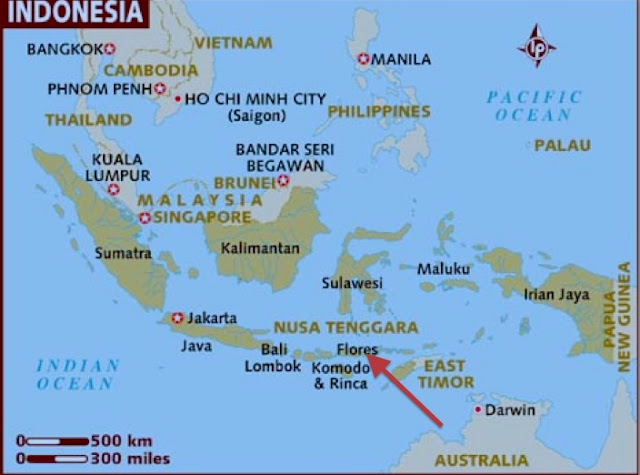 Still confused? Don’t worry! Indonesia is a country consisting of over ..... islands with the largest/most well known being Sumatra, Java, Bali, Lombok, Kalimantan (also known as  Borneo, the island is split between Indonesia and Malaysia), Sulawesi, Papua (Also part of Papua New Guinea) and Flores. 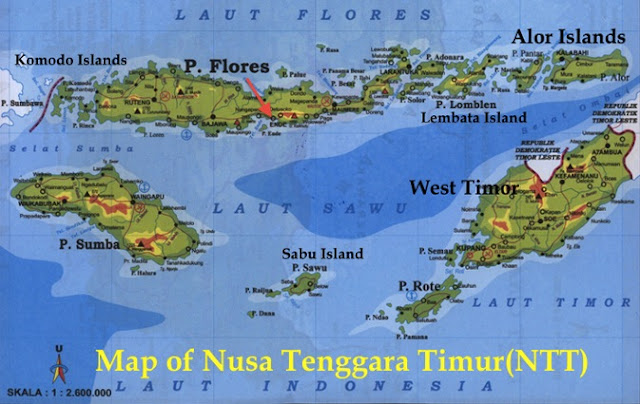 My current city Ende is described by Lonely Planet as
“The port town of Ende is an important transport hub, with good sea and air connections to the other islands in Nusa Tenggara, though there’s little to see in the town itself. Nevertheless, some fine mountain scenery surrounds the town, including the cones of Gunung Meja (661m) near the airport and larger Gunung Iya, occupying a promontory to the south.”
So basically its off the beaten tourist track. But if you are looking for a little bit more adventure I hope to entice you with a few reasons why you should consider Flores as your next destination. Stay tuned.
Posted by Unknown at Monday, February 27, 2012